Initially the project started with an MVP defined over several months, which resulted in a Beta version platform that has evolved over time.

The project, winner of a Santa Casa da Misericórdia contest, had as its initial purpose the creation of a web platform that would be an event cluster, where it would integrate events from multiple other existing platforms to bring everything together in one place.

Currently in the second version of the platform, it is a project in rapid growth, which has expanded to more than just a cluster of events, also having exclusive articles on various topics such as art, music, gastronomy and many others.

Group of entrepreneurs with enough experience in the market, who joined to launch this suggestion to a Santa Casa da Misericórdia contest, won and are managing to succeed with considerable success, in constant growth. 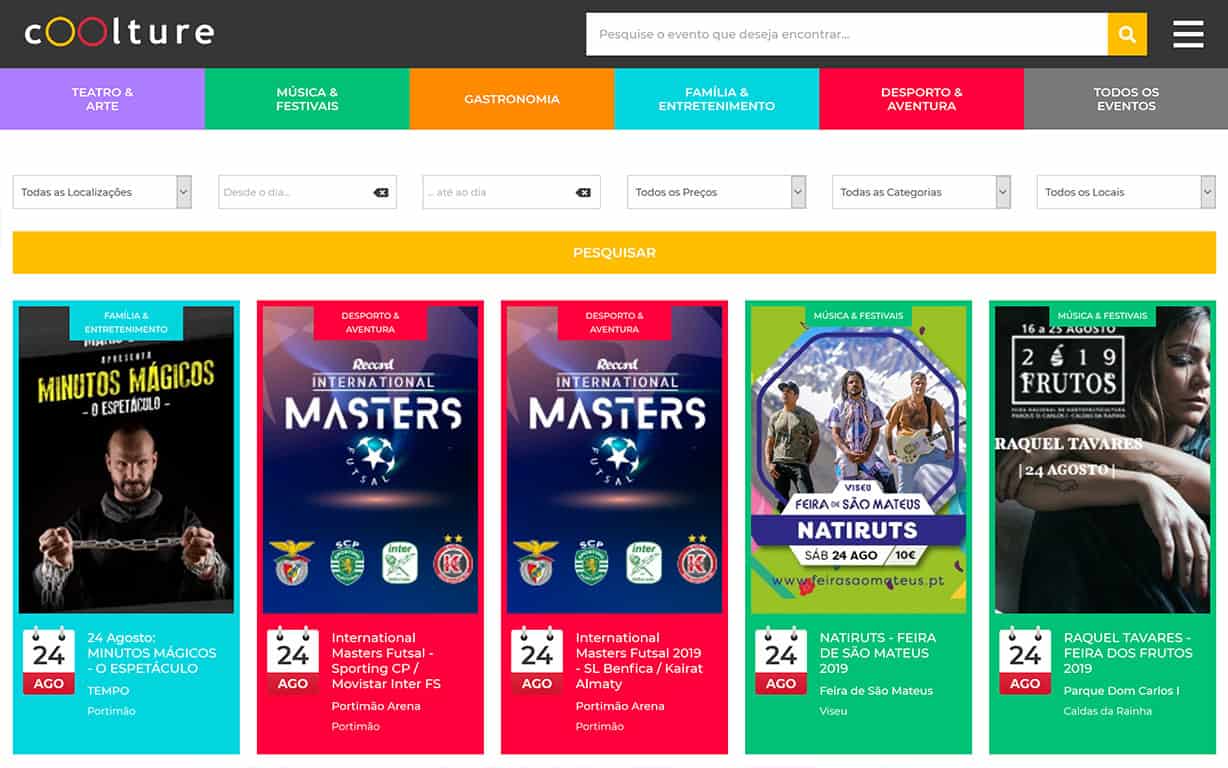 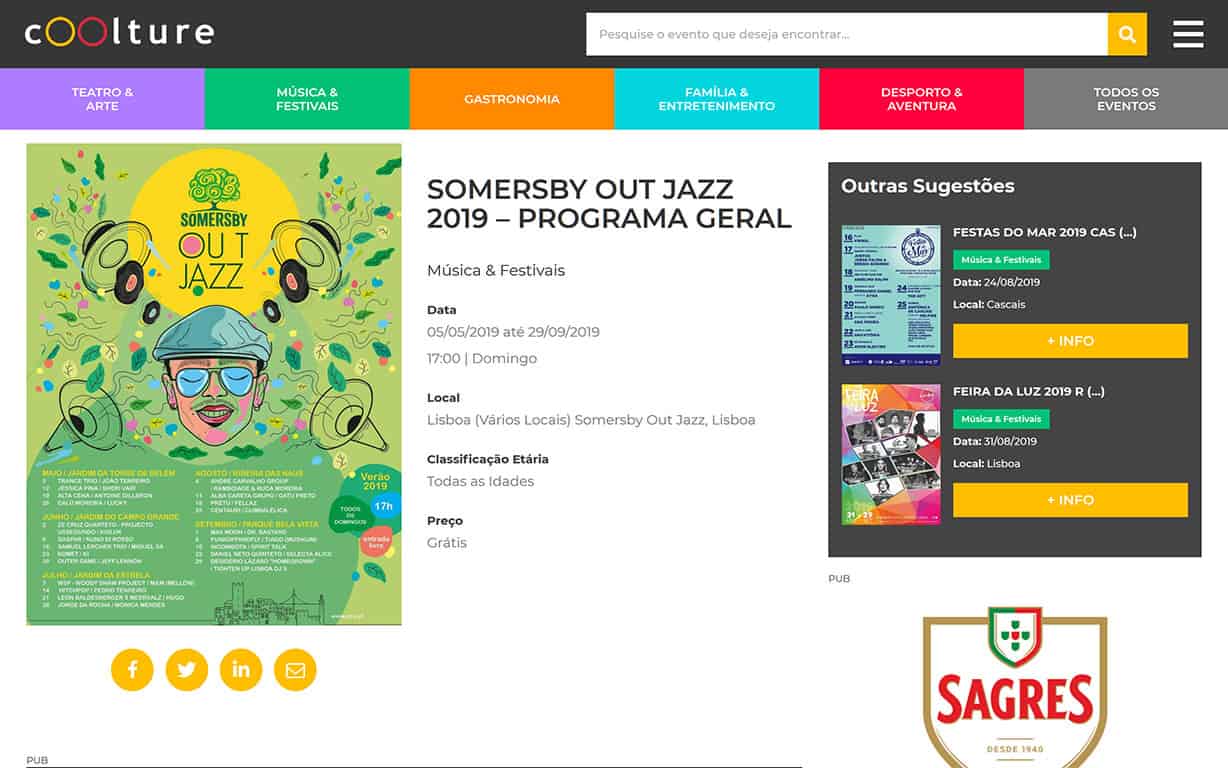