Do you know what word makes any business grow?
why does a company 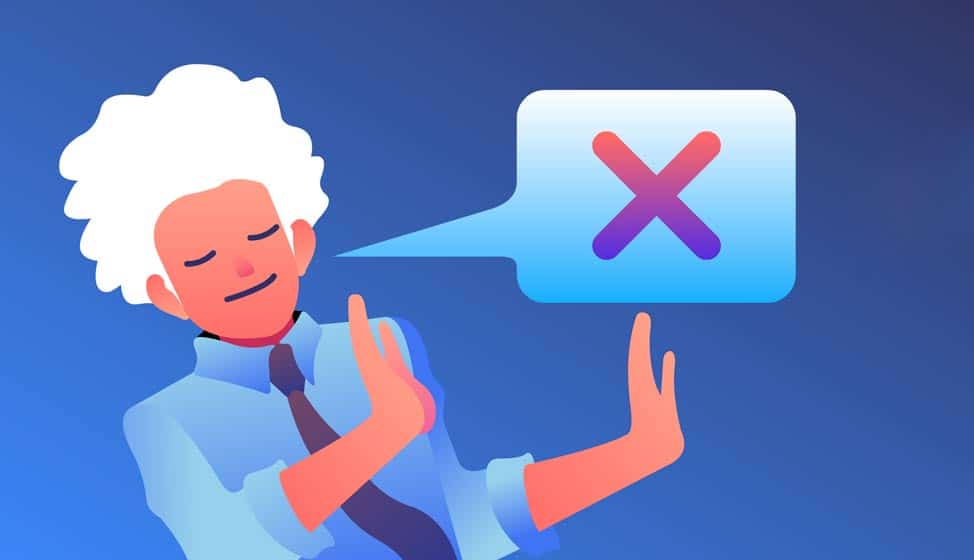 It may seem strange and even counterintuitive, but saying “no” helps a company grow more sustainably.

This is exactly what we at MAIDOT have realized through our own experience. During our first years, especially after everything that happened at the beginning and, thanks to that, having started the company with a negative balance (literally), we often had to, as the slang says, “swallow frogs” and putting up with some customers and partners who, in order not to seem impolite, I will limit myself to saying that they were, at the very least, quite inconvenient…

Little by little, initially in more “extreme” cases, we began to say no to some of the most outlandish requests from customers and as we gained confidence and the willingness to do so more often, we became less and less tolerant of abusive situations by part of customers.

Of course, this implies much more than simply saying no. I would like to take the opportunity to list 5 aspects that, in my opinion, are essential for us to refuse a customer:

What started out as simple refusals for requests that were clearly complex and completely out of scope, is now something very common at MAIDOT.

Common to the point that we even refuse customers from the outset.

I know this may sound a bit arrogant and presumptuous, but the fact is that the fact that we have started to choose who we want as our clients allows us to offer greater attention and quality to our recurring clients, deliver jobs on time, performing tasks with less pressure and in short offering a higher quality service in all aspects.

It is precisely for this reason that we have been increasing our customer recommendation and retention rates.

In fact, it is an enormous source of pride for MAIDOT to be able to count on customers who, some of them, have been with us for several years and whom we have already had to refuse requests on several occasions, for various reasons, always with full understanding of them.

Of course, we are not saying that we are “perfect and infallible”, indeed to say so or even to think so would be a gigantic lack of common sense.

Obviously we make mistakes, that sometimes we have delays, it’s part of it. The difference is in recognizing errors, often before the customers themselves are even aware of them, and doing our best to remedy them, rewarding customers in different ways.

Some of our best customers today have actually suffered some of our biggest mistakes, and yet we are proud that they stick with us. Because? Honesty, honesty and professionalism.

We never turn our faces away from our mistakes, we learn from them and we always try to be better in the future.

In any business, knowing how to say no is essential for its growth and sustainability.